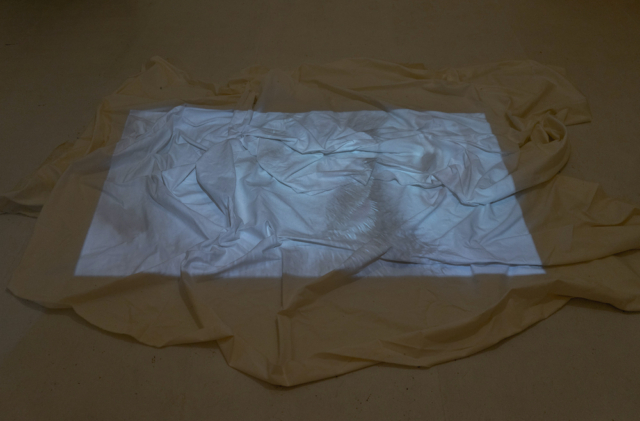 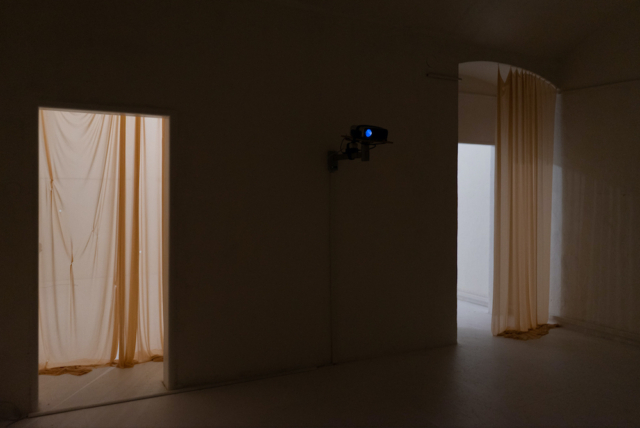 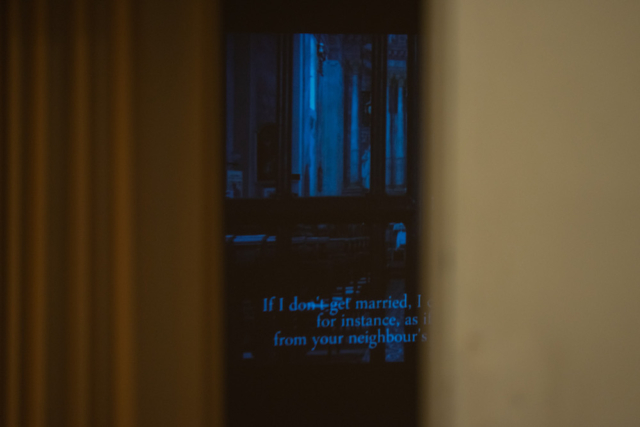 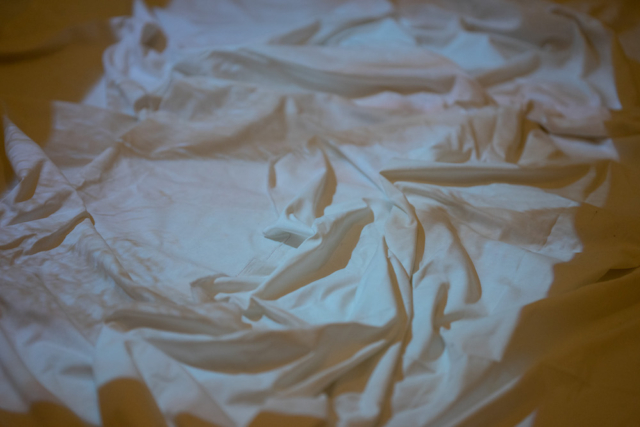 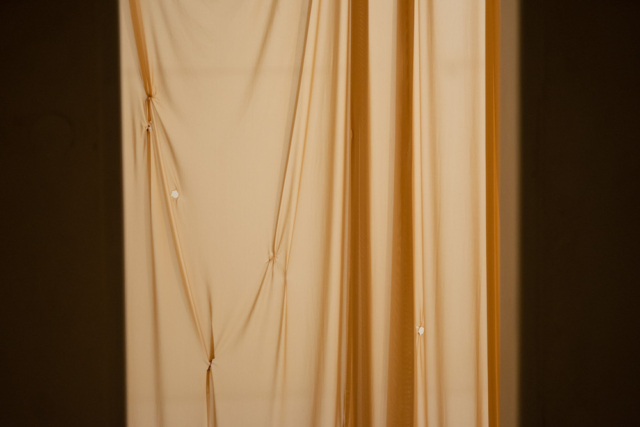 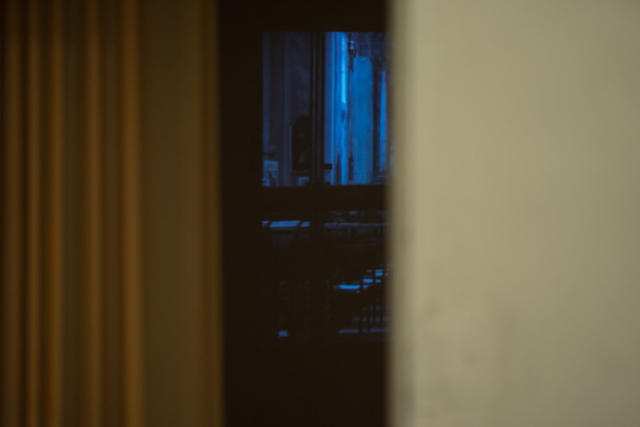 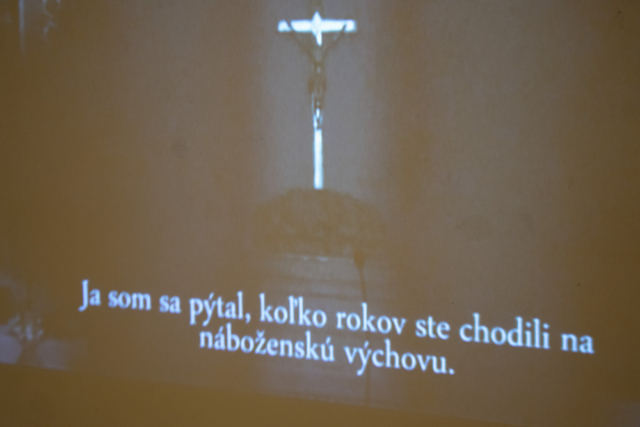 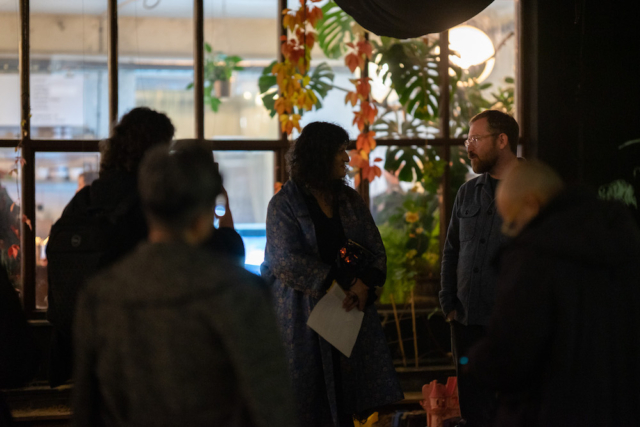 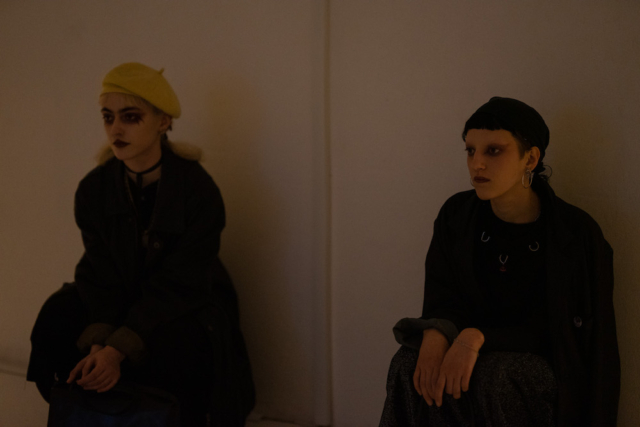 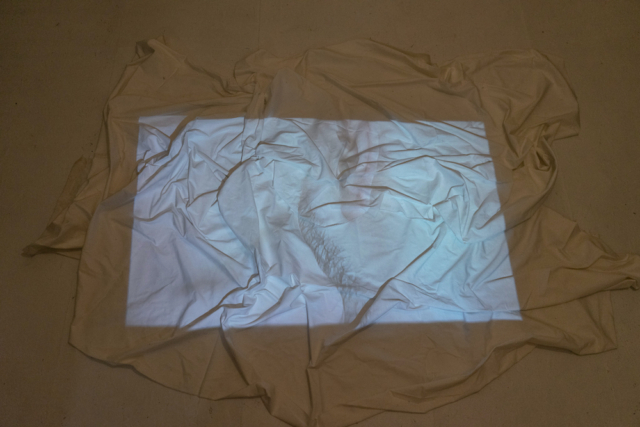 The recent events in Slovakia, the double murder on Zamocka Street, have made me sober up and perceive the actual reality around me/us, outside my/our social bubble. Slovakia is a very catholic country, where homophobia is prevalent among the citizens, where a large part of politicians as well as church leaders see LGBTI+ people as inferior, diseased, and degenerated. This rhetoric has become entrenched in workplaces, social media, streets, churches, and families. The result is the deaths of Matúš and Juraj.

The videos presented in the Artivist Lab gallery are dated earlier, more than 12 years ago. I shot the videos and released them with the hope of social change and improvement of the status of LGBTI+ people. But nothing has changed, the better future I promised myself has never happened.

In the opening room, we can see the video Love Song (2010) depicting two men in an intimate moment, rubbing each other chins. This activity also makes a specific sound, which is, however, turned off in the gallery; the viewer has to make this “love song” up.  The projection screen evokes a bed sheet thrown on the floor, the crime scene of the two men. The projection is pale, fading away, as well as the identities, needs, and desires of LGBTI+ people are fading away and are being ignored by society and political power

In the second room is a clearly visible and readable video Bars (2009), which authoritatively overpowers the delicacy of the first room. The video shows the Catholic Church’s attitude towards LGBTI+ people, based on a real confession between a parish priest and myself. The confession was recorded with a dictaphone and edited with video footage from the church in post-production. The video opens with a view of the cross. As we get to the topic of sexual minorities, the camera slowly zooms out and finally, the entire interior of the church through the bars is shown to the viewer. I leave without absolution and the barrier between the Catholic Church and LGBTI+ people remains.

The architecture of the exhibition links videos into a single piece.

The primary purpose of draperies is to cover something or someone or to reveal something. They are also often used in confessionals. The flesh color evokes the color of human skin. The draperies are smooth, and correctly hung in places, elsewhere they are mutilated with burnt holes, and scars like the souls and bodies of LGBTI people stigmatized for many years by Slovak society.
Kristián Németh

In his work, Kristián Németh, a Slovak LGBT artist, repeatedly focuses mainly on a reflection and critique of the Catholic Church that functions in the conditions of 21st-century democracy; on its inner mechanisms and paradoxes, its secretiveness, unconfessed sins of the ones who are officially representing it, and a state of the injustice of the ones that are affected by these actions. Kristián Németh is a multimedia artist, who was born in 1983 in Dunajska Streda, Slovakia, and Lives, and works in Brussels, Belgium